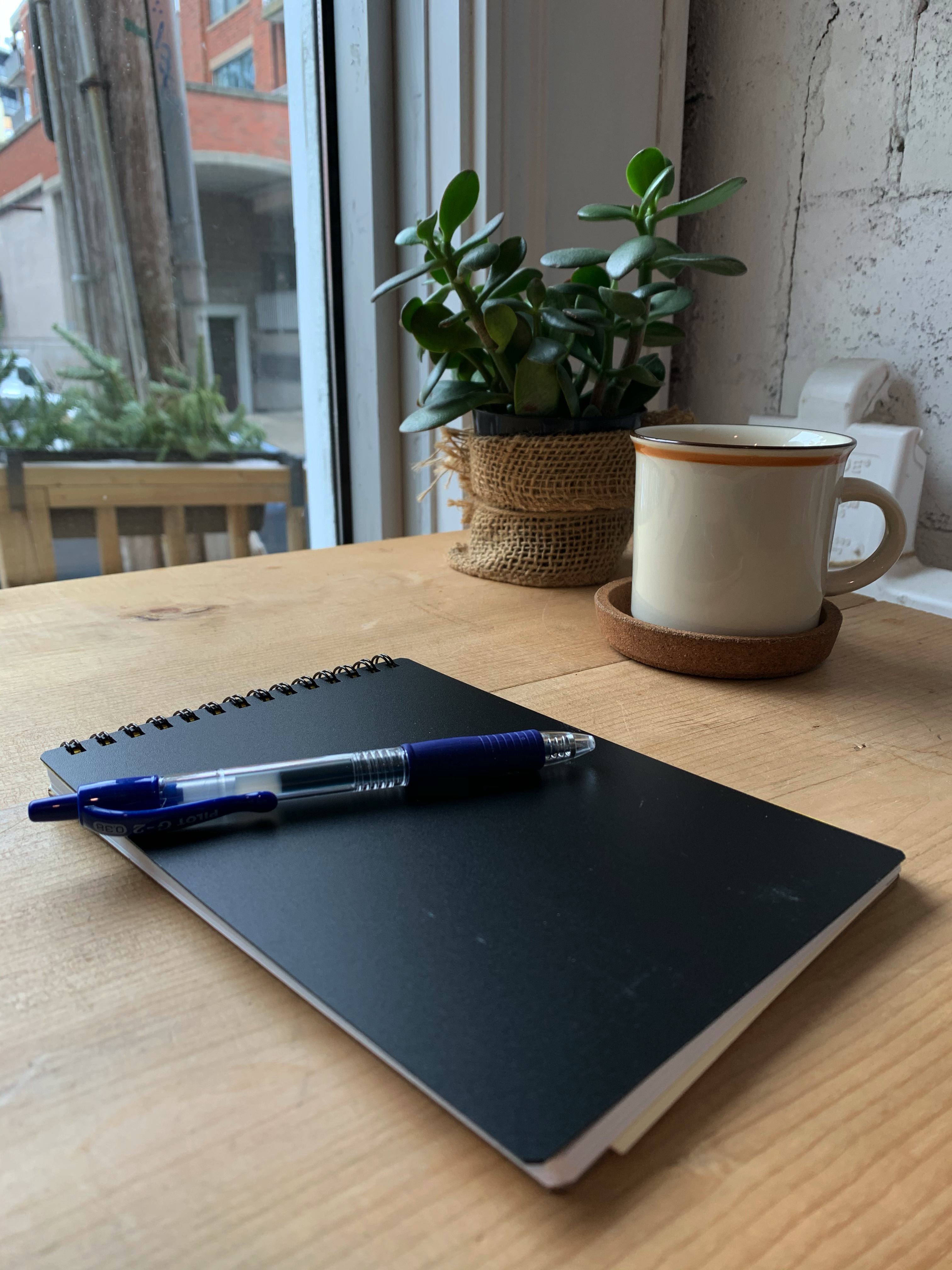 From my notebook this morning…

Have been reading the front section of the paper and the obituaries, and I have to say, the construction of an obit is fascinating…on the one hand, the framing of them is pretty formulaic—Born, died, will be mourned by, will be met by, description of interests and accomplishments, information about final arrangements—and then upon that structure hangs a life, which while specific to the person, is constructed of a finite number of linguistic building materials. The same phrases, word choices, sentence structures…they all move freely about the page, slotting themselves into one recounting and then another. What I thought about this morning was that the life, the true uniqueness of these biographic-sculptures wrought of wood-pulp and ink, is felt when the focus loosens and moves toward seeing the negative space that surrounds and that lies within the unspoken story.

For example, I read of a woman younger than I am who was pre-deceased by her father, paternal grandparents, and a cousin or two. Survivors were listed as her eight children, and a handful of aunts and uncles. I read that and noticed, hm, no mention of her mother anywhere. Whatever the reason might be for that, the absence lives between the lines and has surely shaped the living-art that was her life. Another time, there were two people listed with the same last name. Both died on the same date, at home. Both died peacefully surrounded by loved ones—one while holding the hand of her husband while the other held the hand of his wife. I’d hazard a guess that somewhere in the un-inked spacing of those column inches is also the story of the recent legalization of Medical Assistance in Dying and the journey undertaken by the the two who died and their family in order to arrive at that last day that got mentioned in the paper.

It’s also interesting to notice the reaction when a certain freedom is taken with a piece of artwork in the exhibition. The Chronicle Herald, Halifax’s local daily newspaper, published an obit on December 18, 2019 that began with the name of the deceased followed by is presently nonexistent. He died December 16, 2019 at the age of 57. It wasn’t his idea; God came up with it all by himself. His father and his brother are also nonexistent. Terribly, terribly nonexistent. The man who had died clearly crafted his own memorial…and it got noticed. There were multiple conversations in our house about it. There was an article in the paper about it within a short while. It stood out…a bit Too…something, for some people and appreciated by others. I couldn’t help but think—and isn’t that the reaction to the living, sometimes, too?

Considering this idea of negative/positive space and the stories that give being to what others behold, whether overtly or covertly, I am reminded of my inclination when physically visiting museums and art installations—How I desire to lean in, to look at the imprint of brushstrokes, to imagine the moment when the sculpture revealed itself within the block of stone. There is a joy in the experience of the physicality of the art that is different from the joy of seeing an artwork online. What occurred to me this morning…while sipping coffee and thinking about the current world-wide state of distance, isolation, and quarantine…is that I miss wandering in the galleries. Zoom is GIFT, texting is awesome, but I do miss the up-close art of the living…the stories that breathe…those encountered by happenstance or by intention…the ones that are hidden, the ones that can’t be held back. And the offering of my own rendition of Being, of tales, as a part of the great tableau.